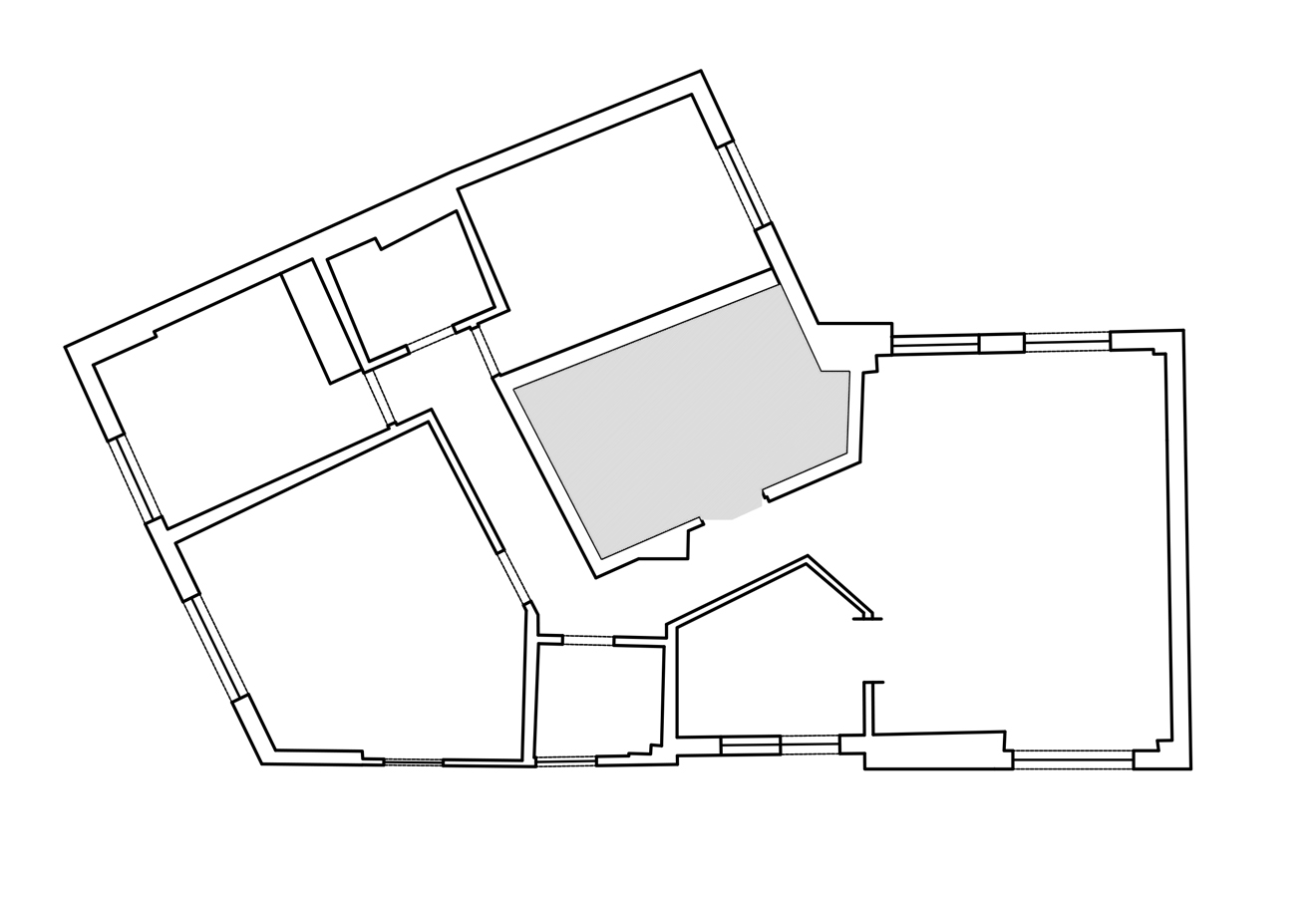 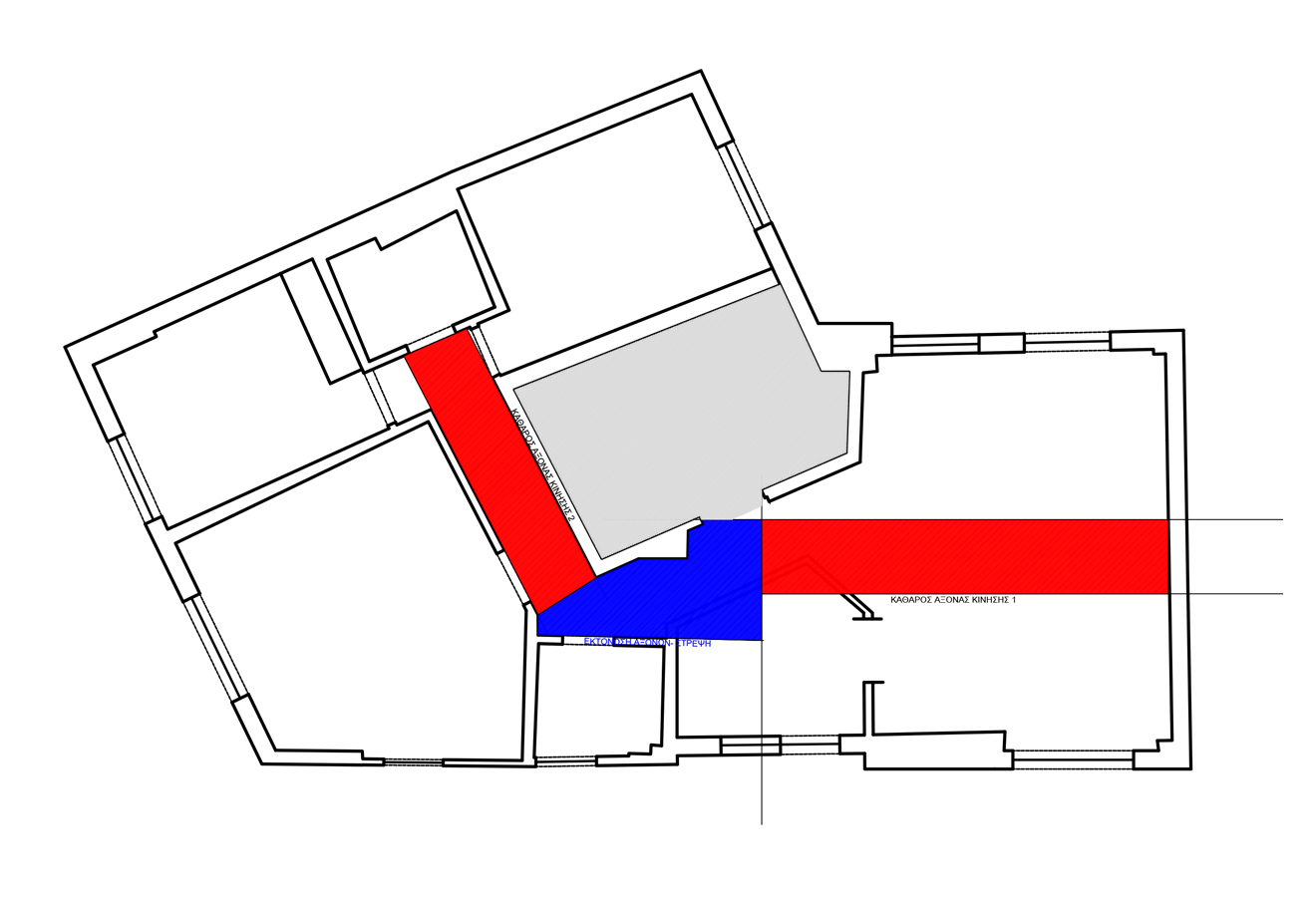 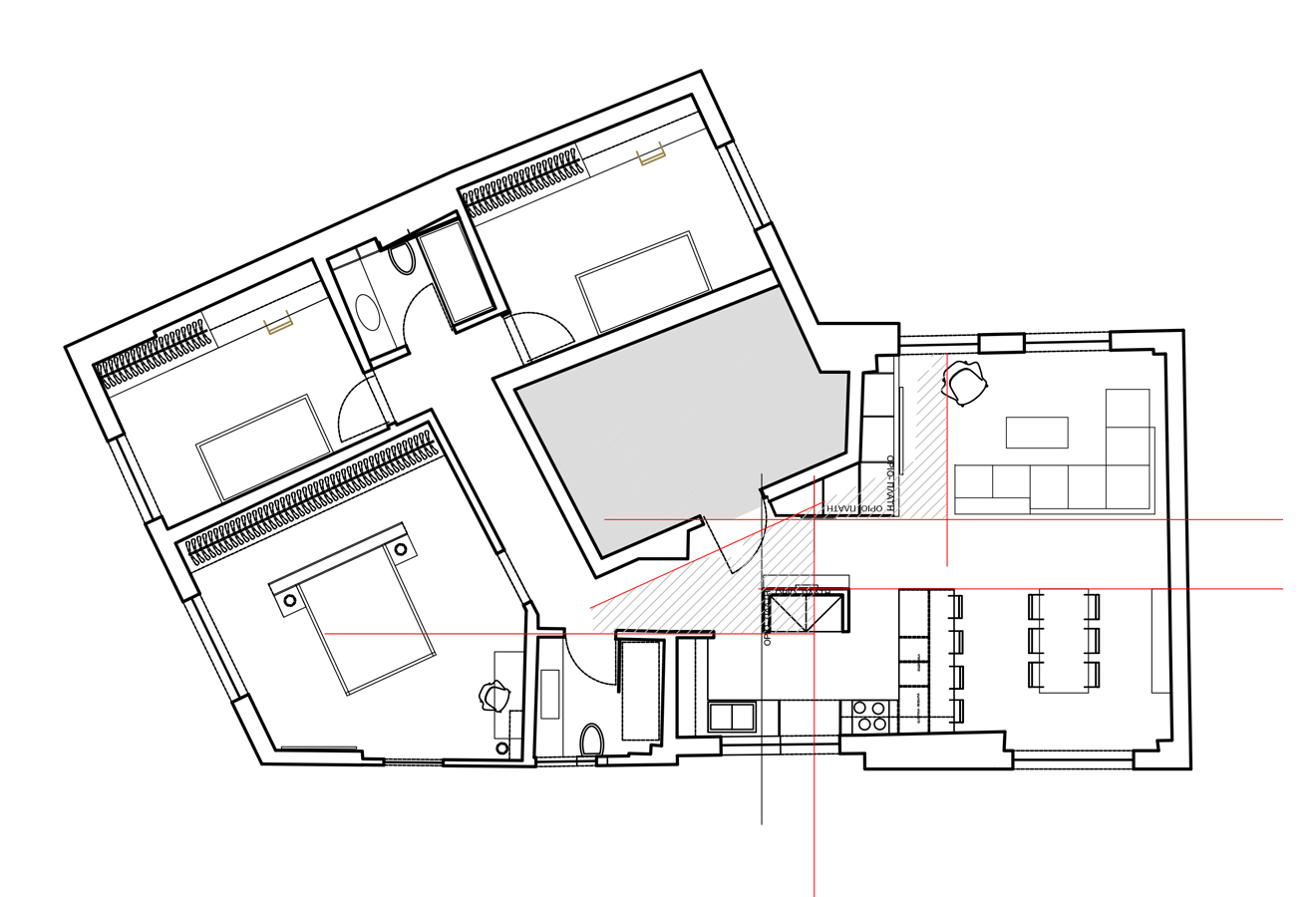 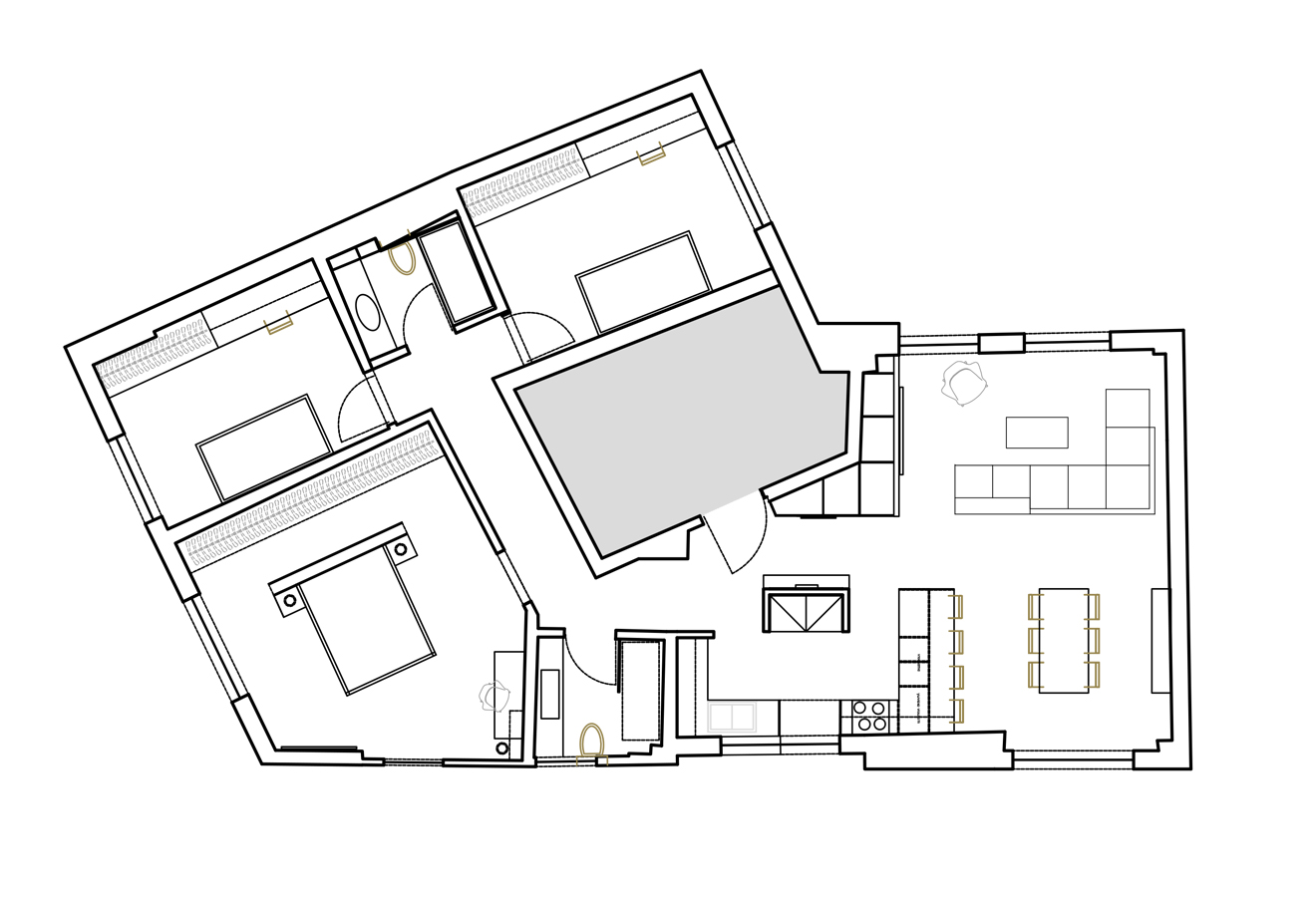 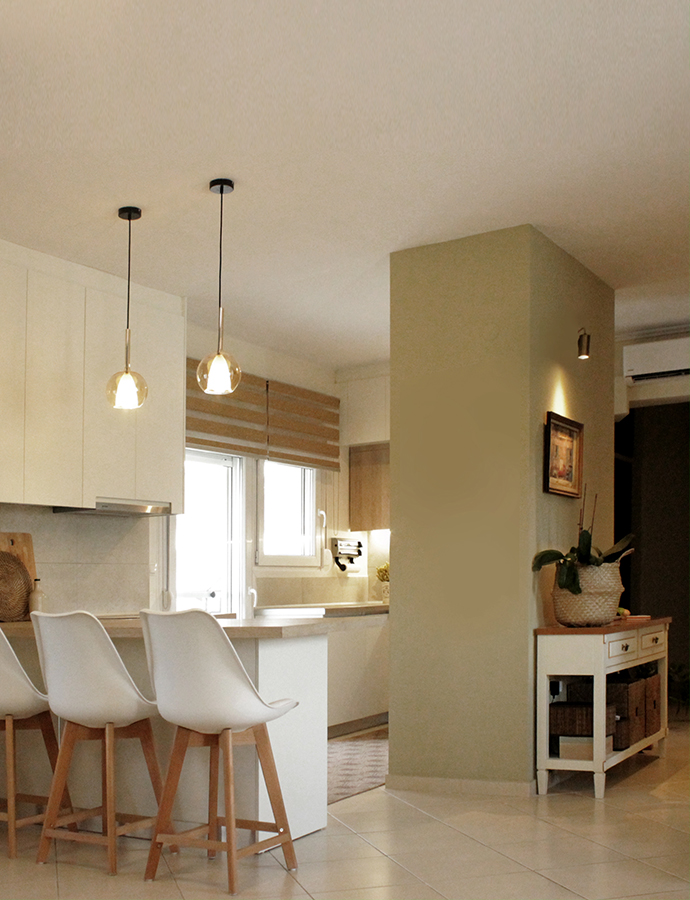 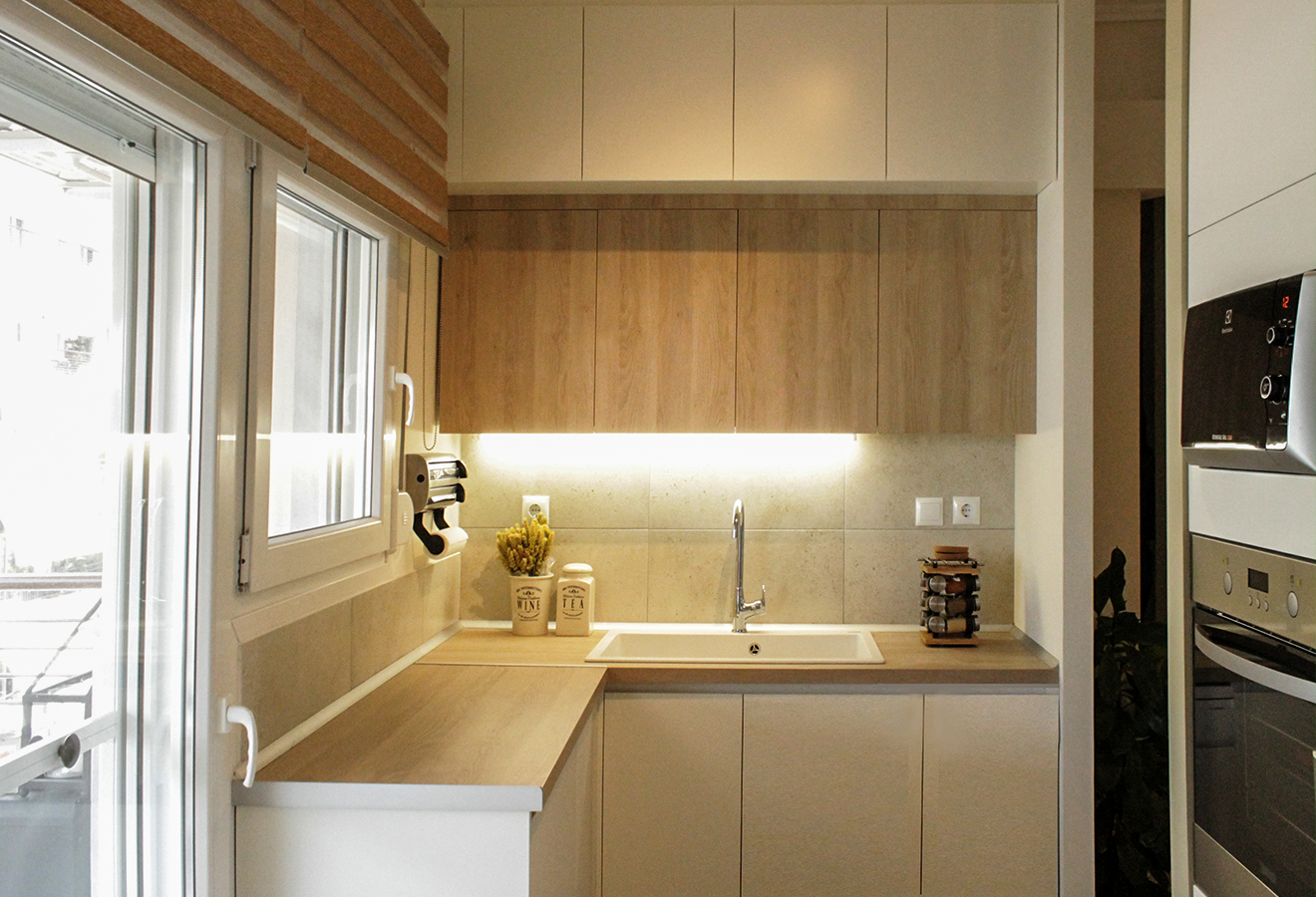 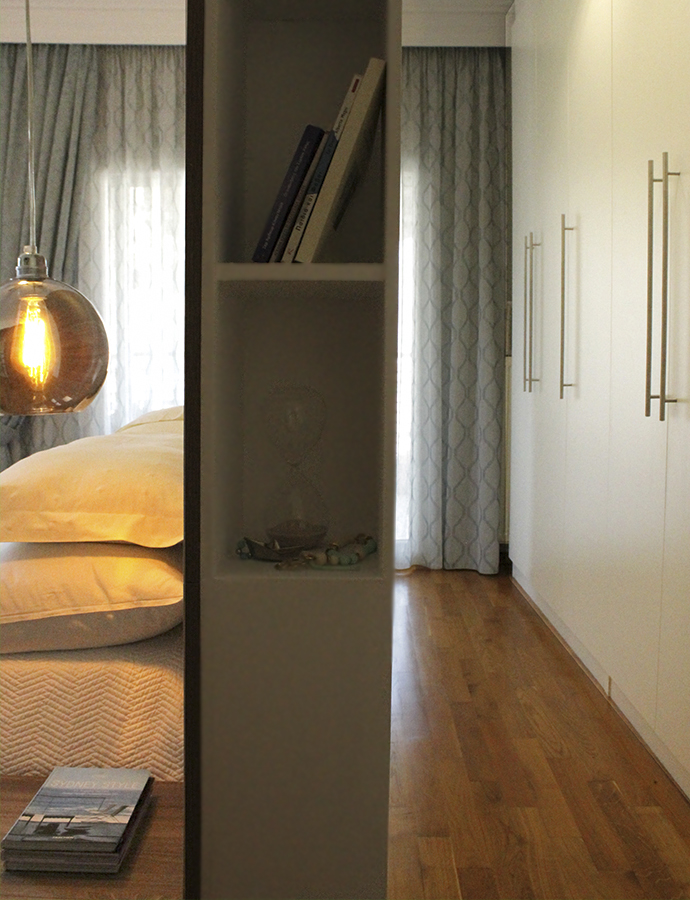 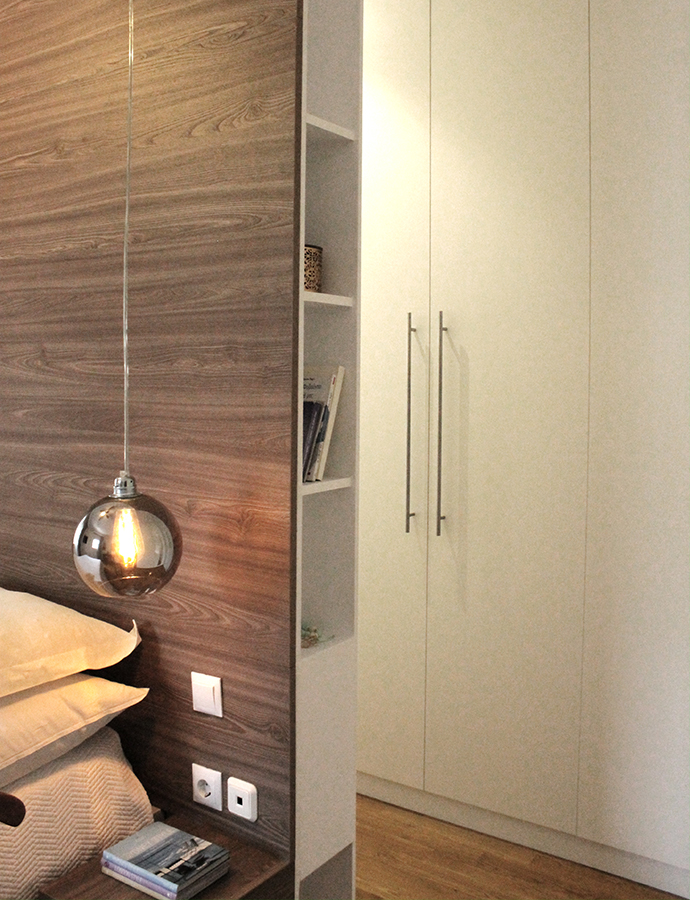 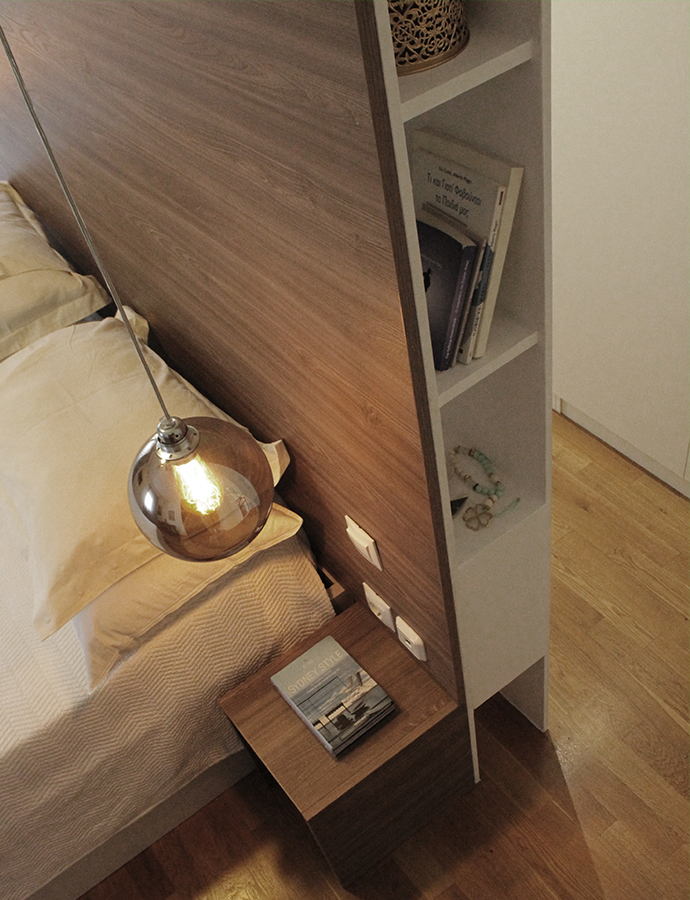 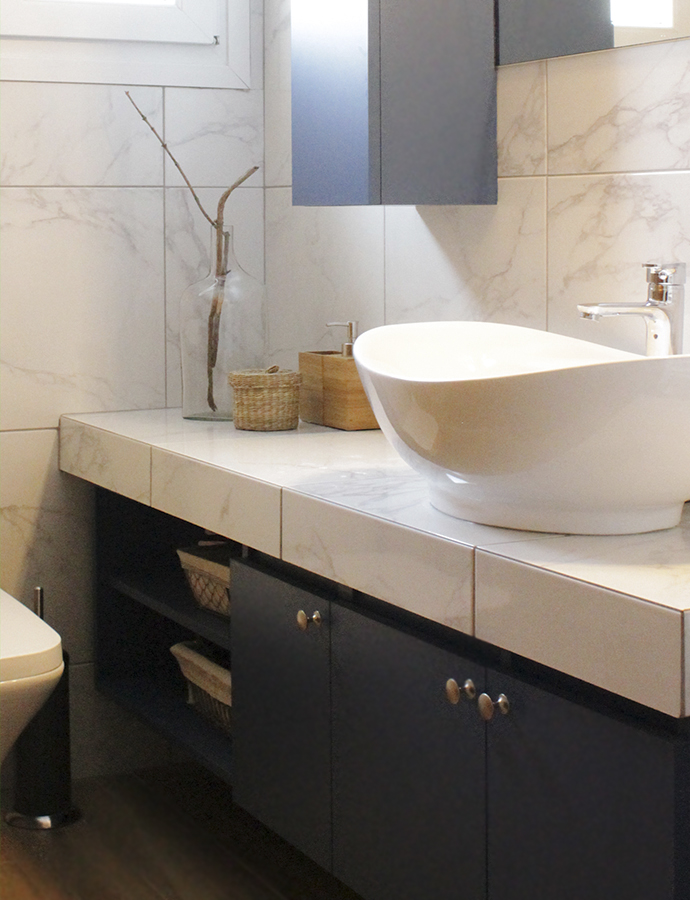 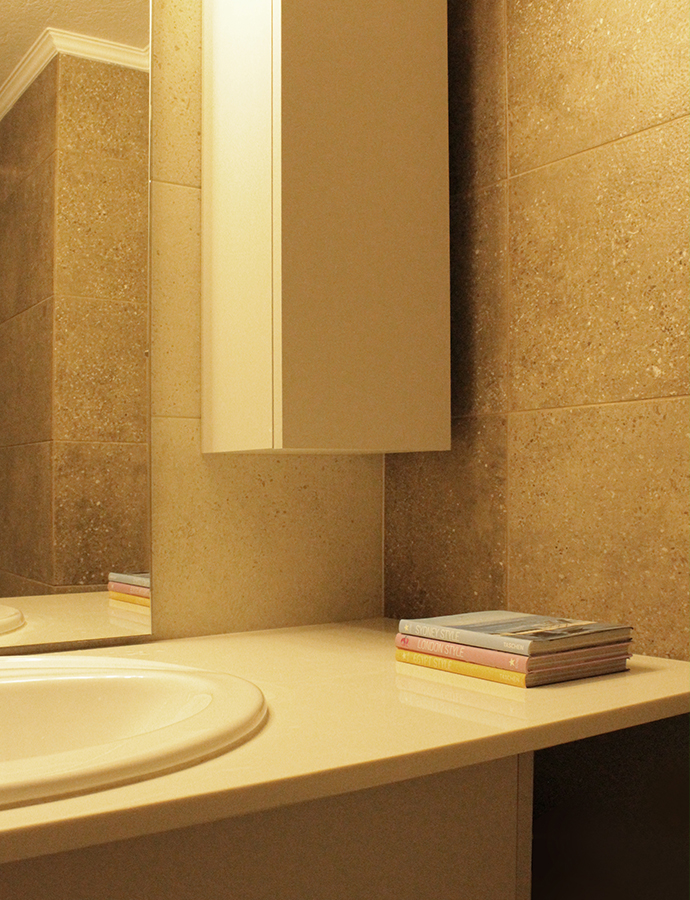 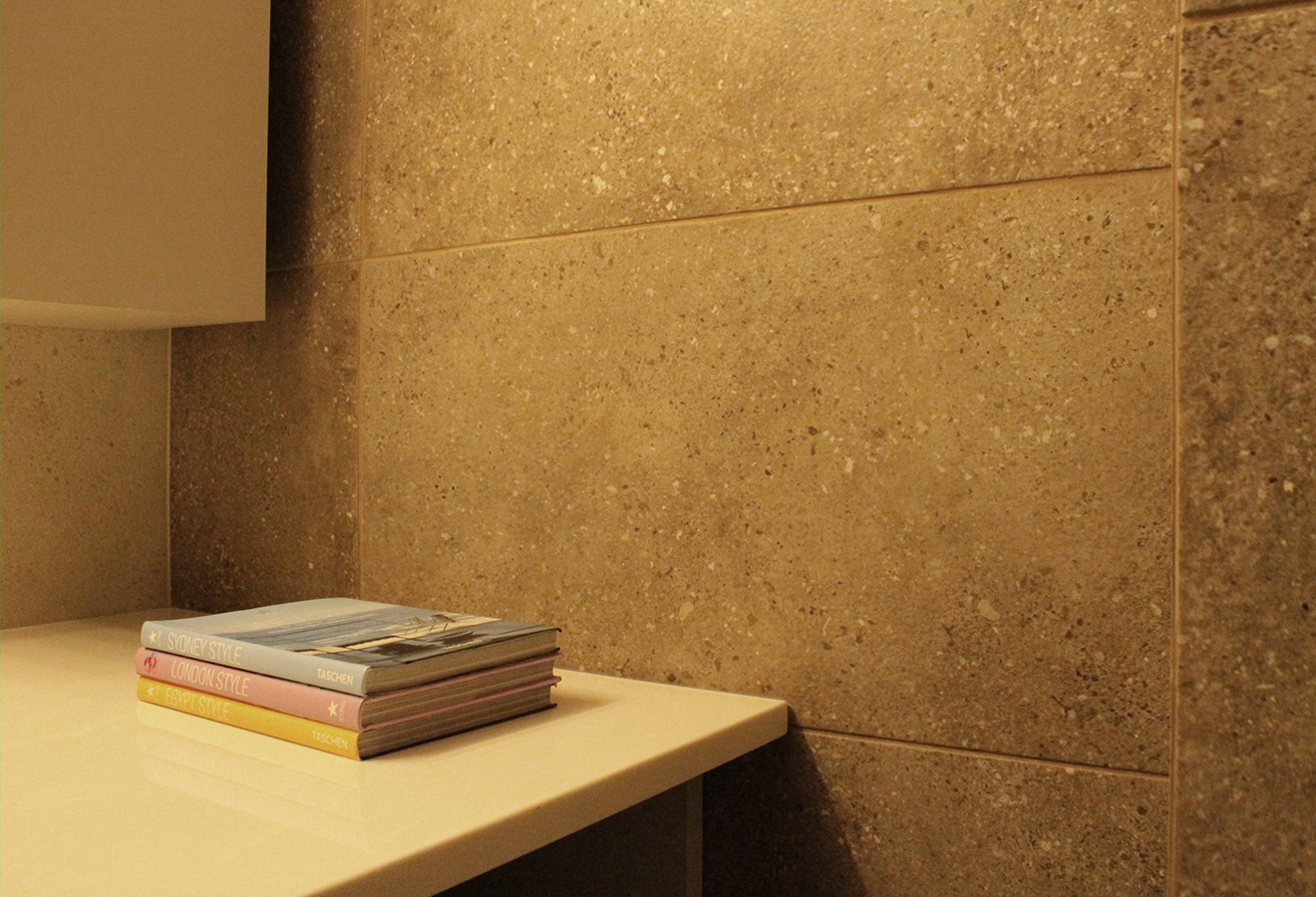 The main difficulty of this project while designing the living space was the fact that the perimeter of the existing apartment did not consist of parallel walls and there were very intense angles to “play with”. We isolated the corridors and the movement access the users would need in order to move from one side to the other and after that we created the living spaces along those, which were designed around the intense angles. As a result the angles seemed to be toned down. The materials that were chosen were in earthly tones, such are ivory lacquer, olive green (for the walls) and oak wood.