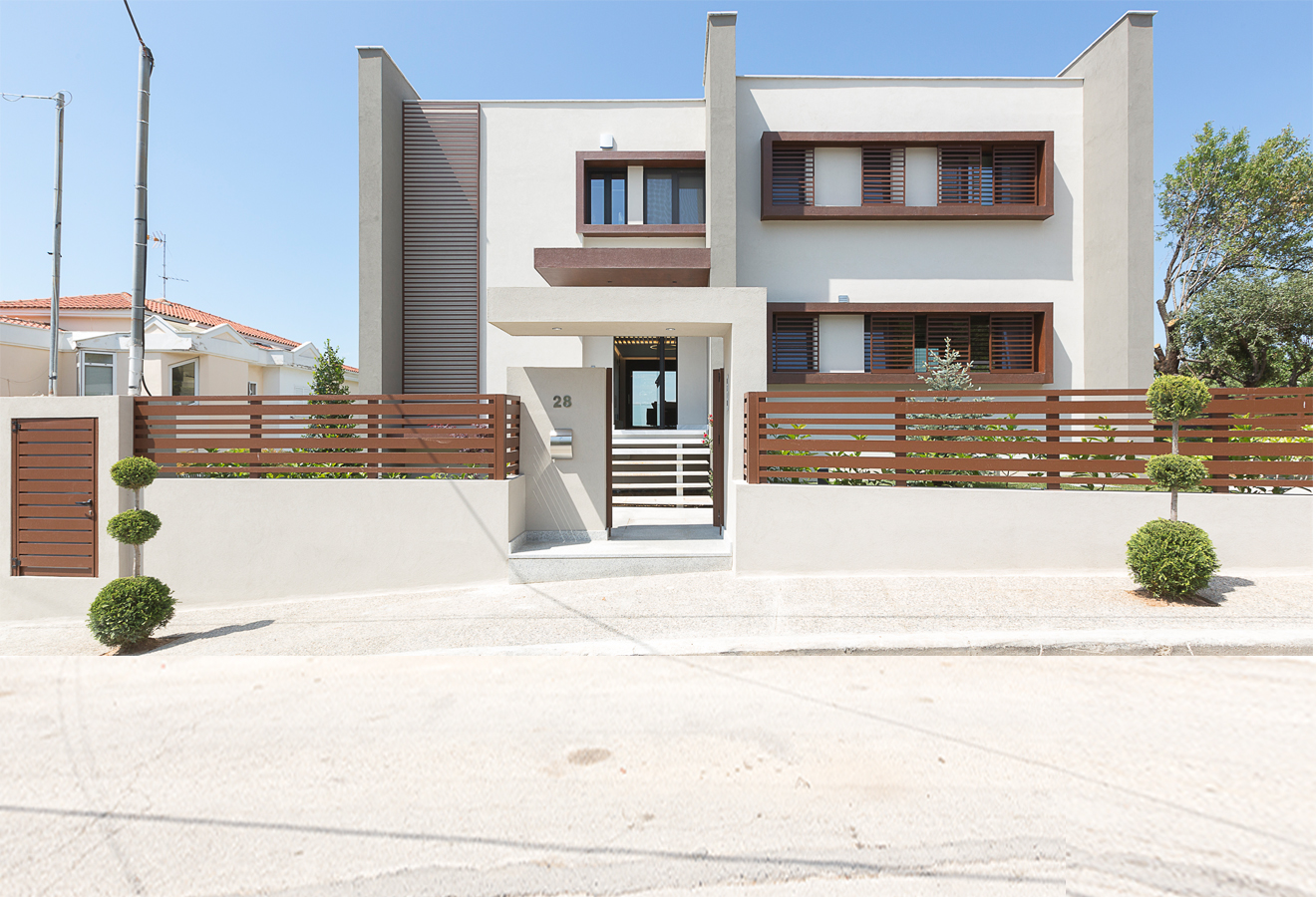 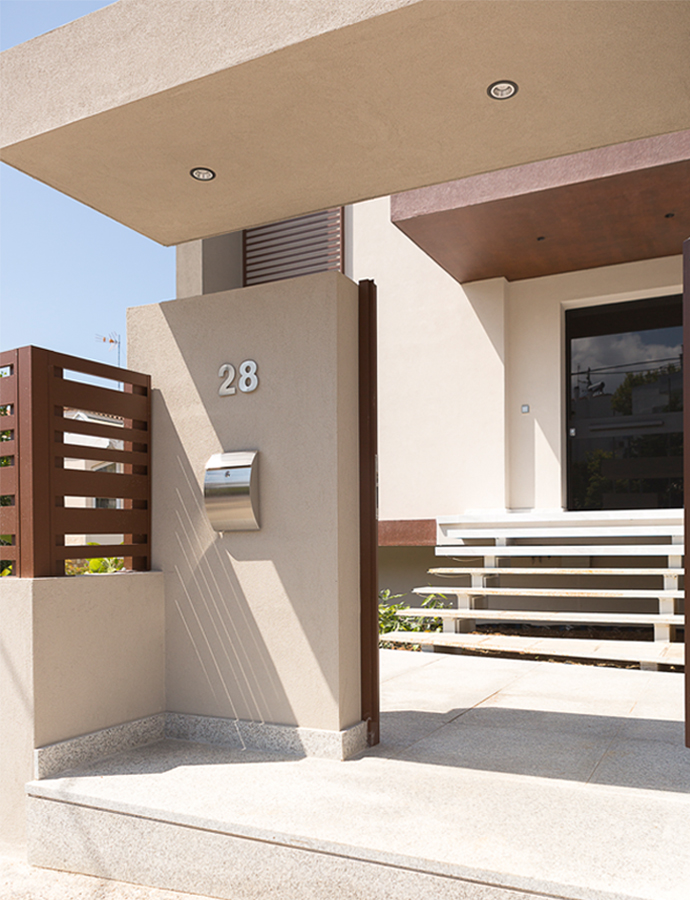 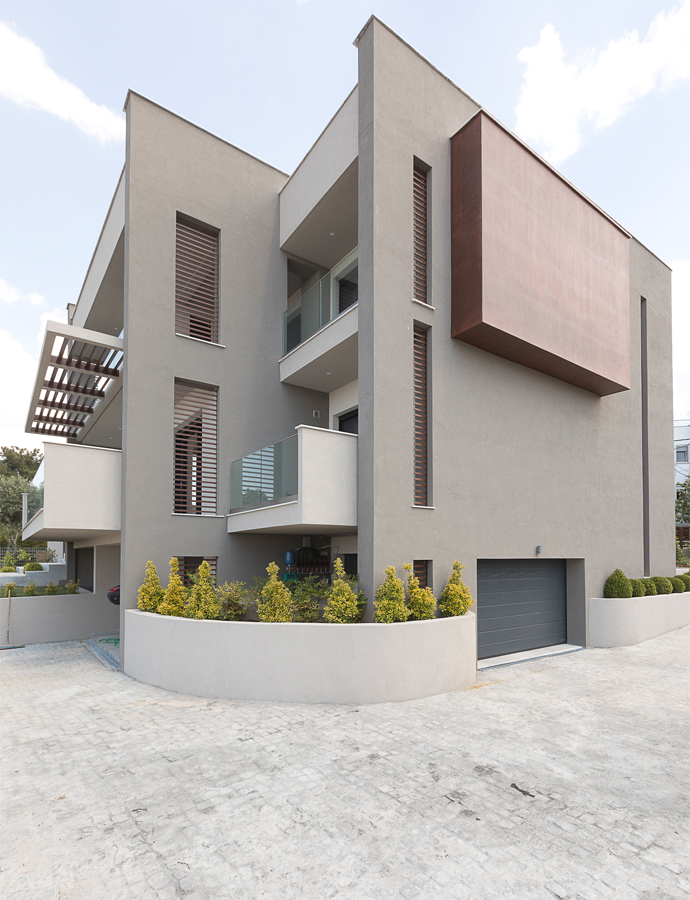 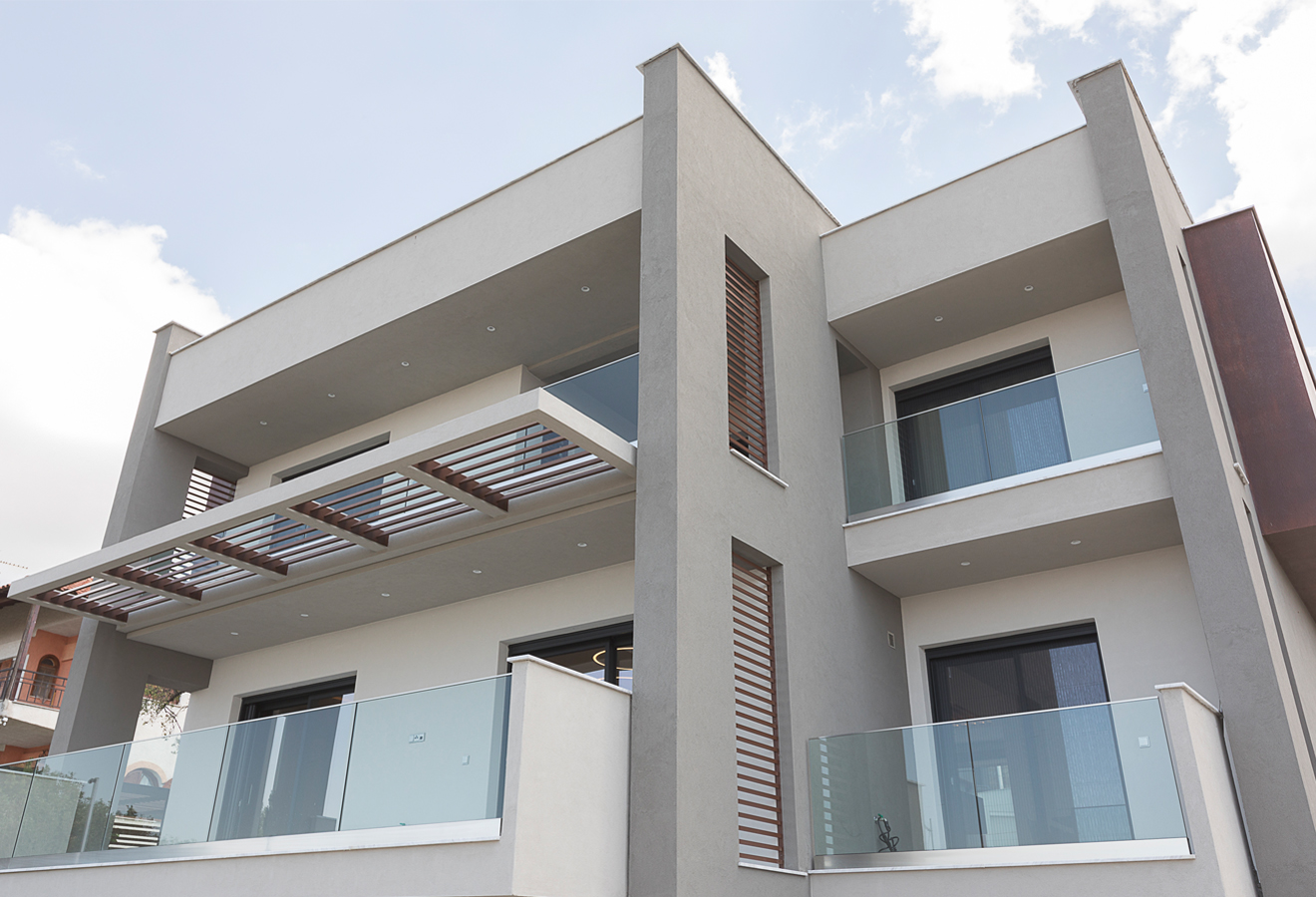 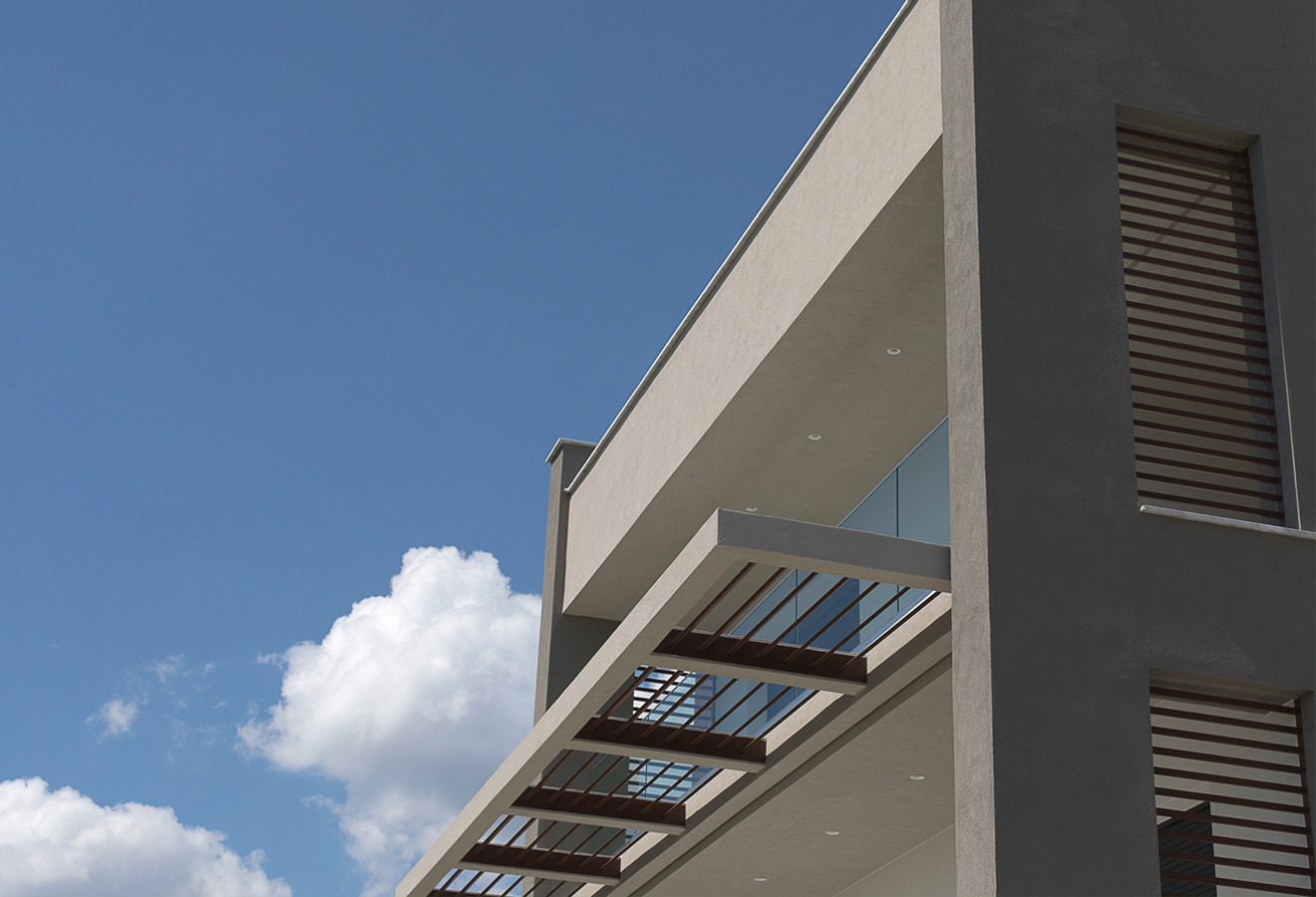 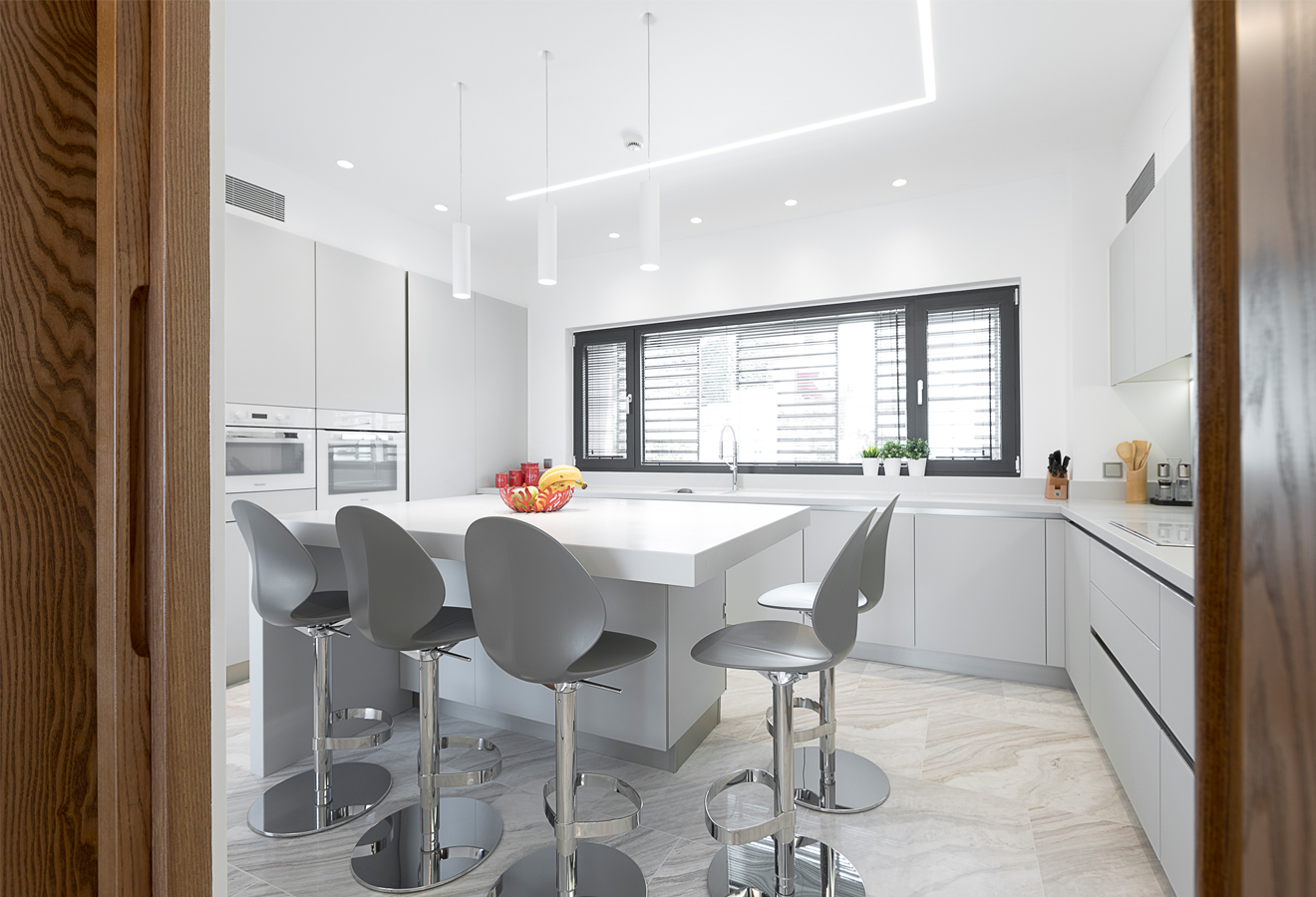 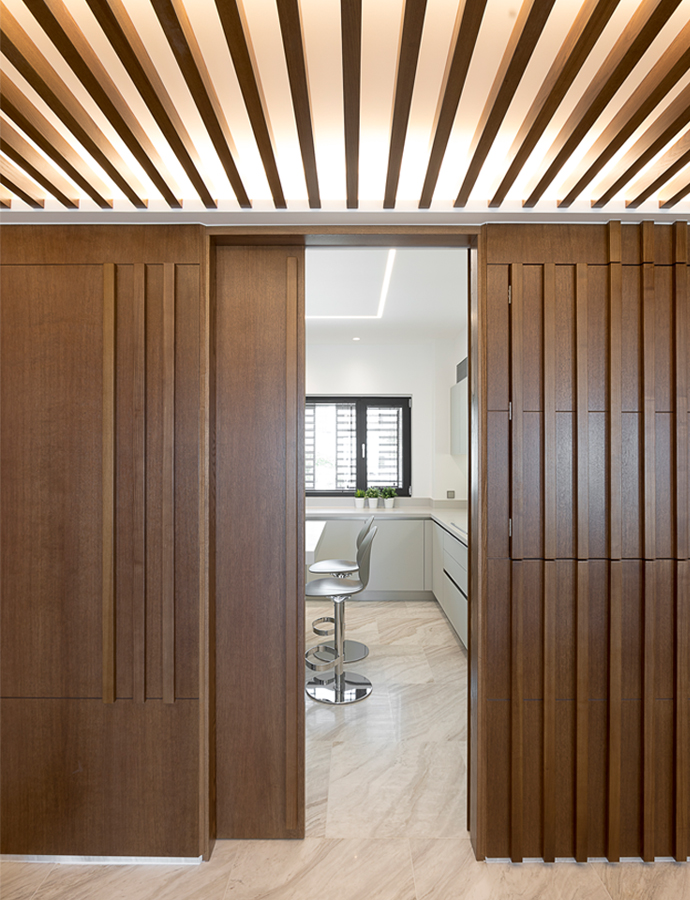 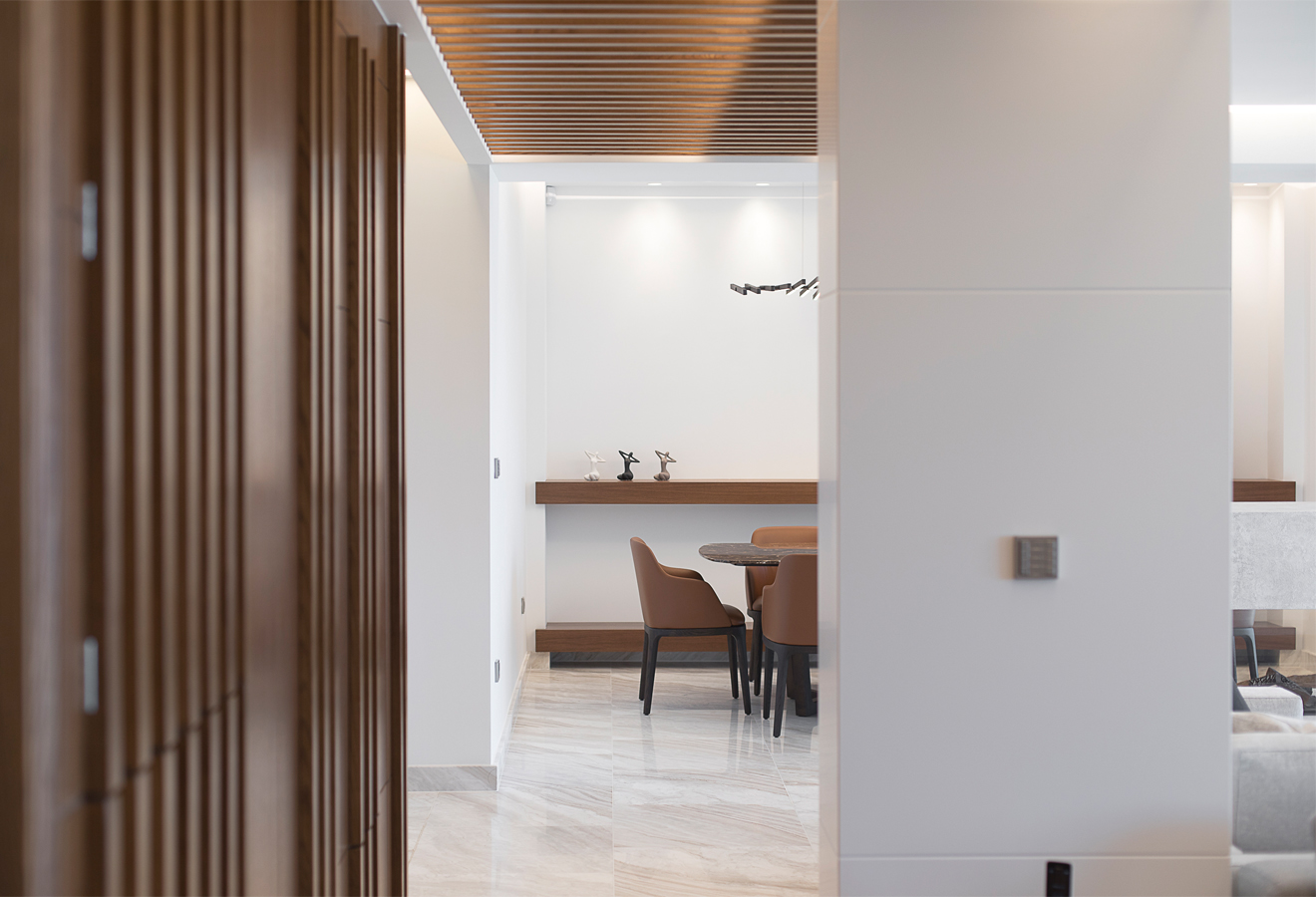 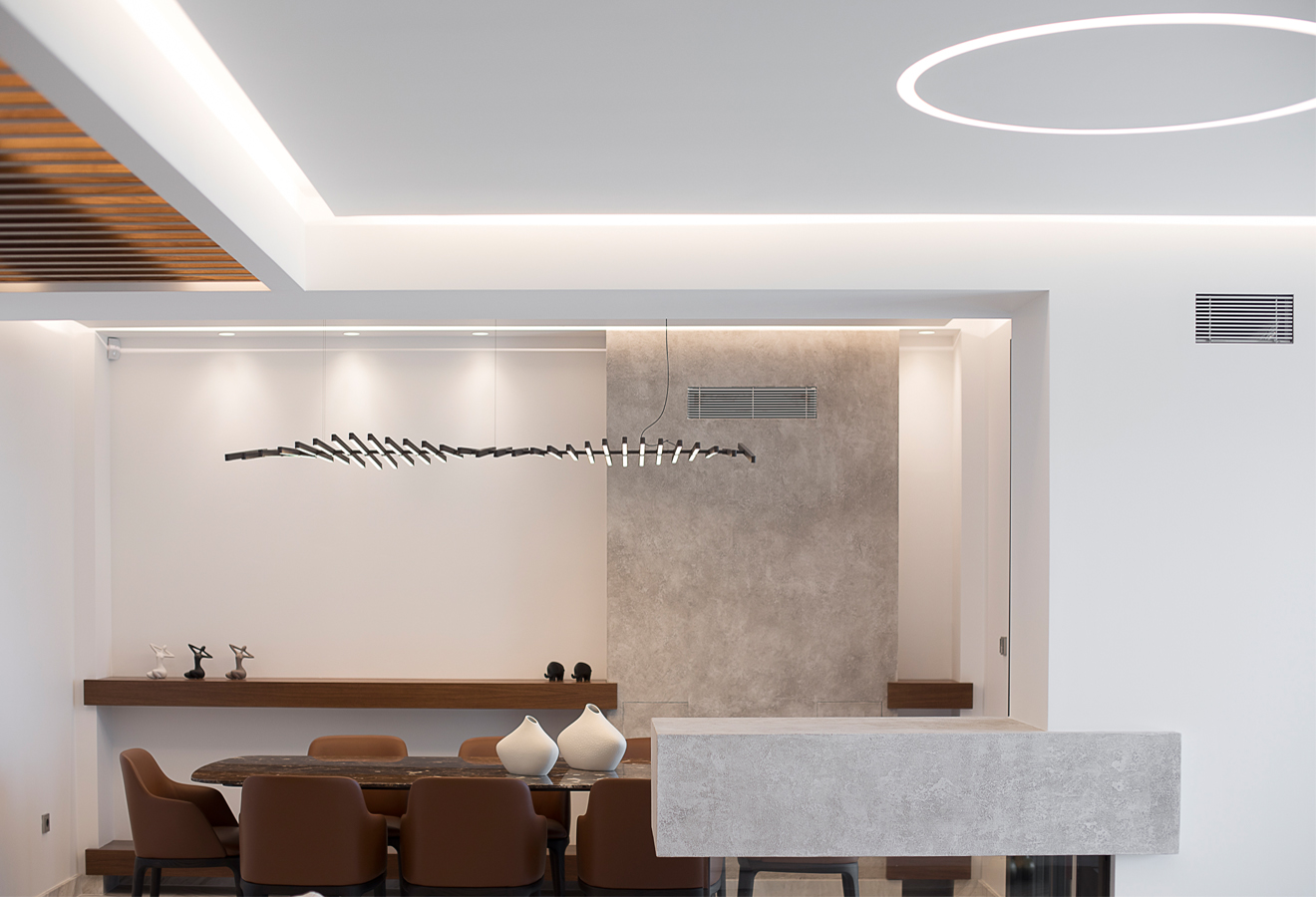 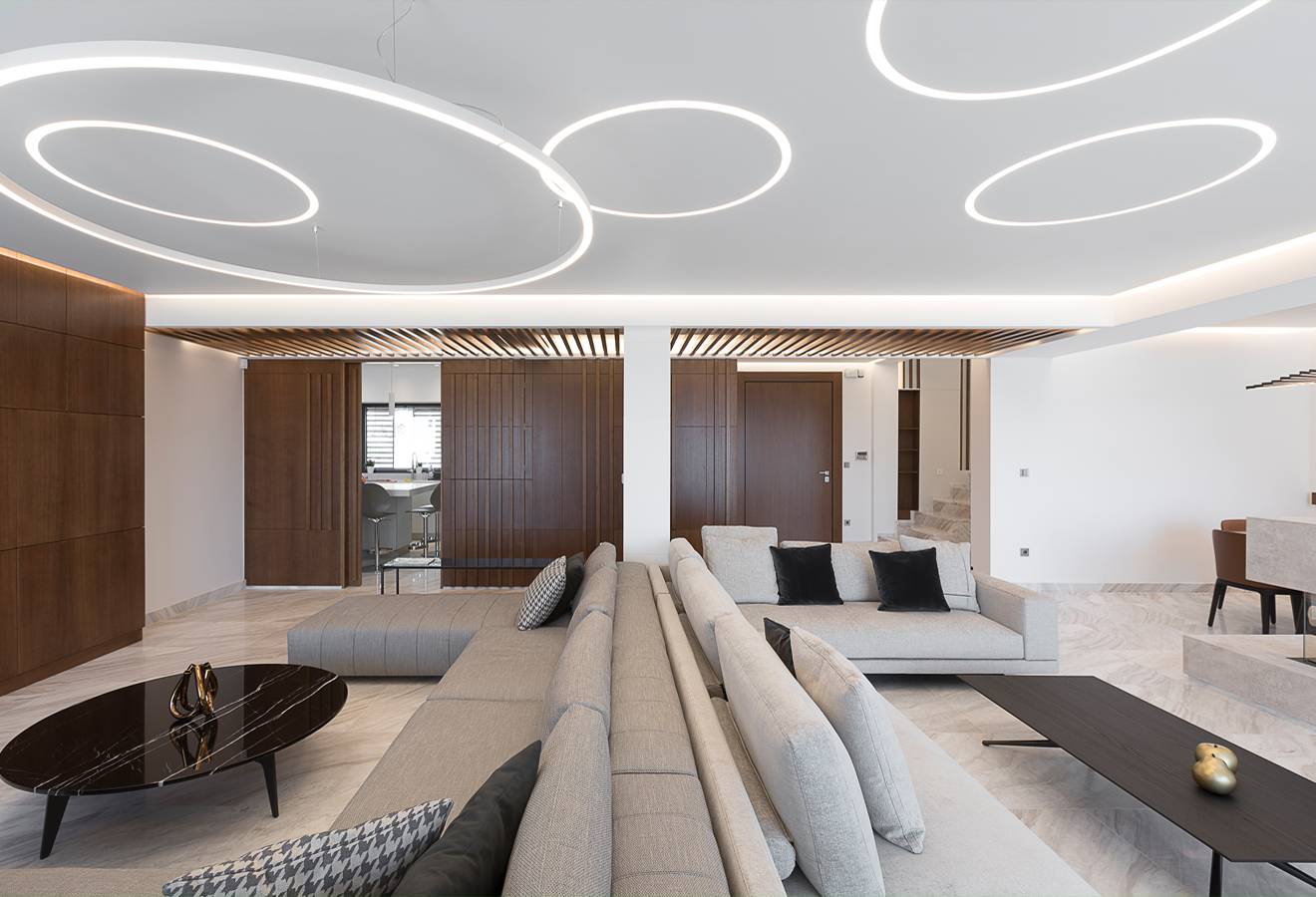 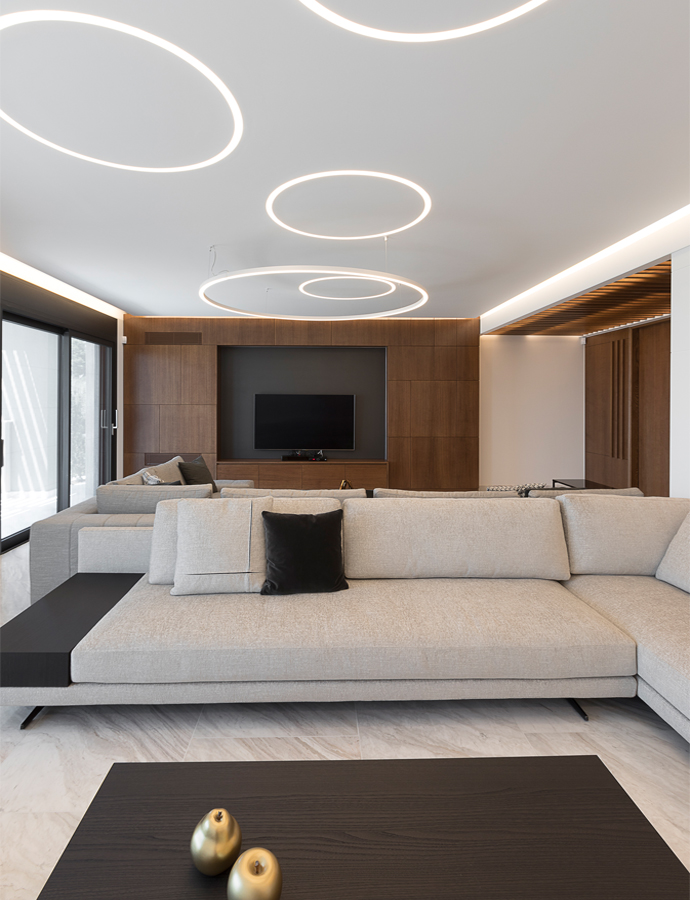 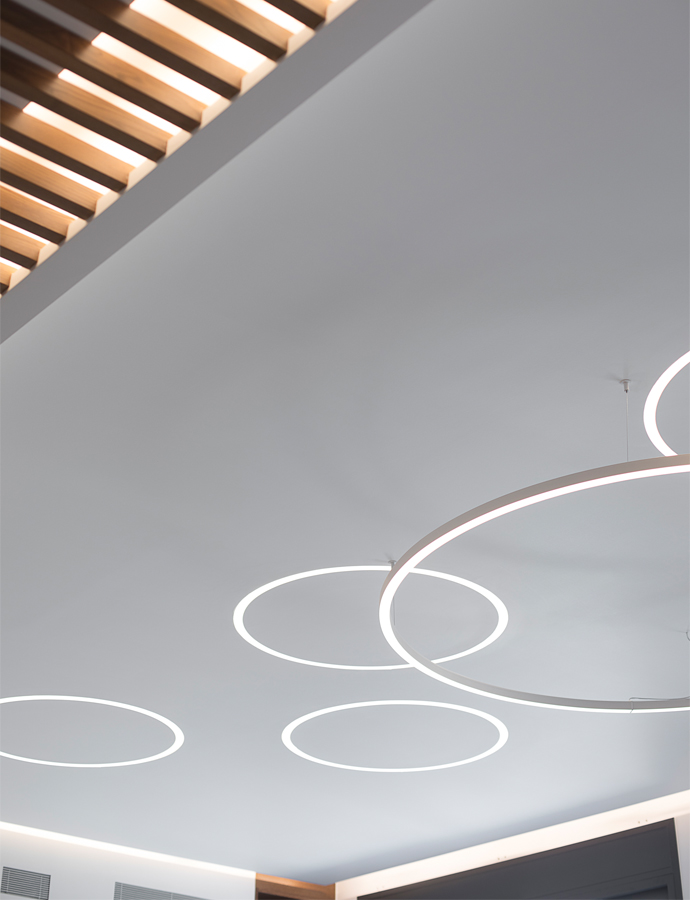 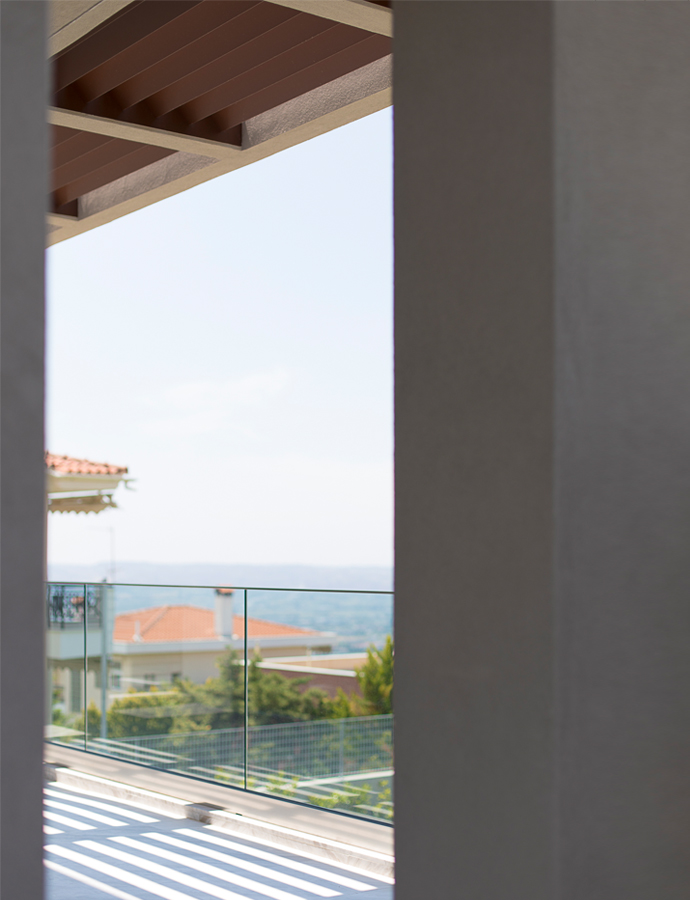 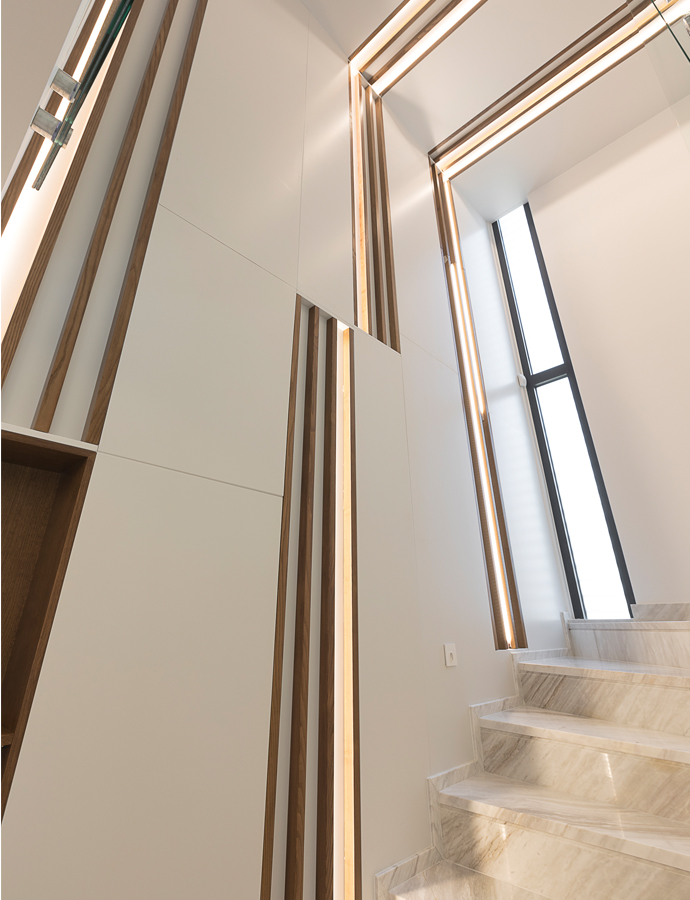 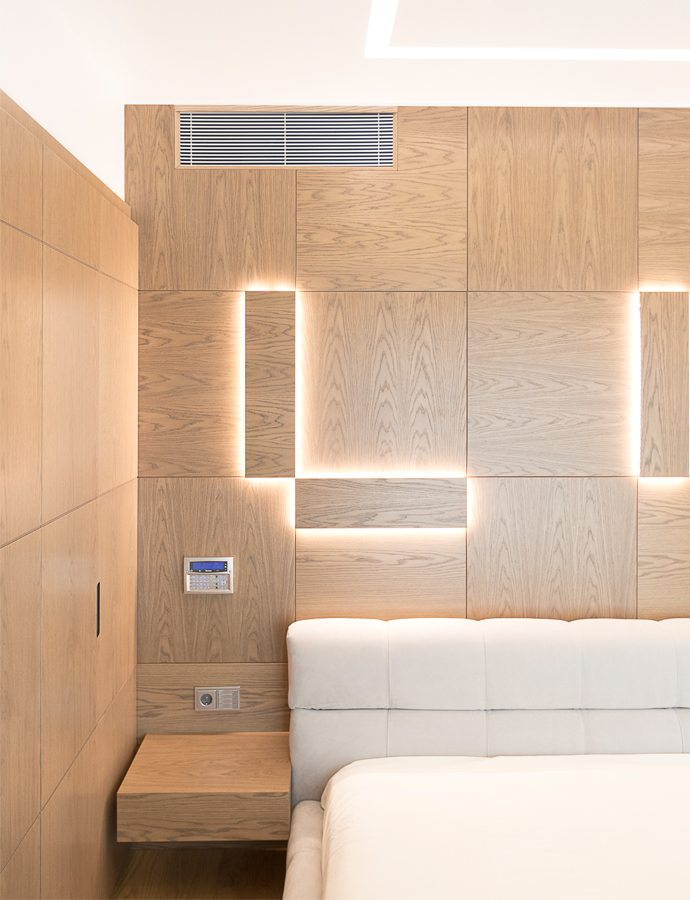 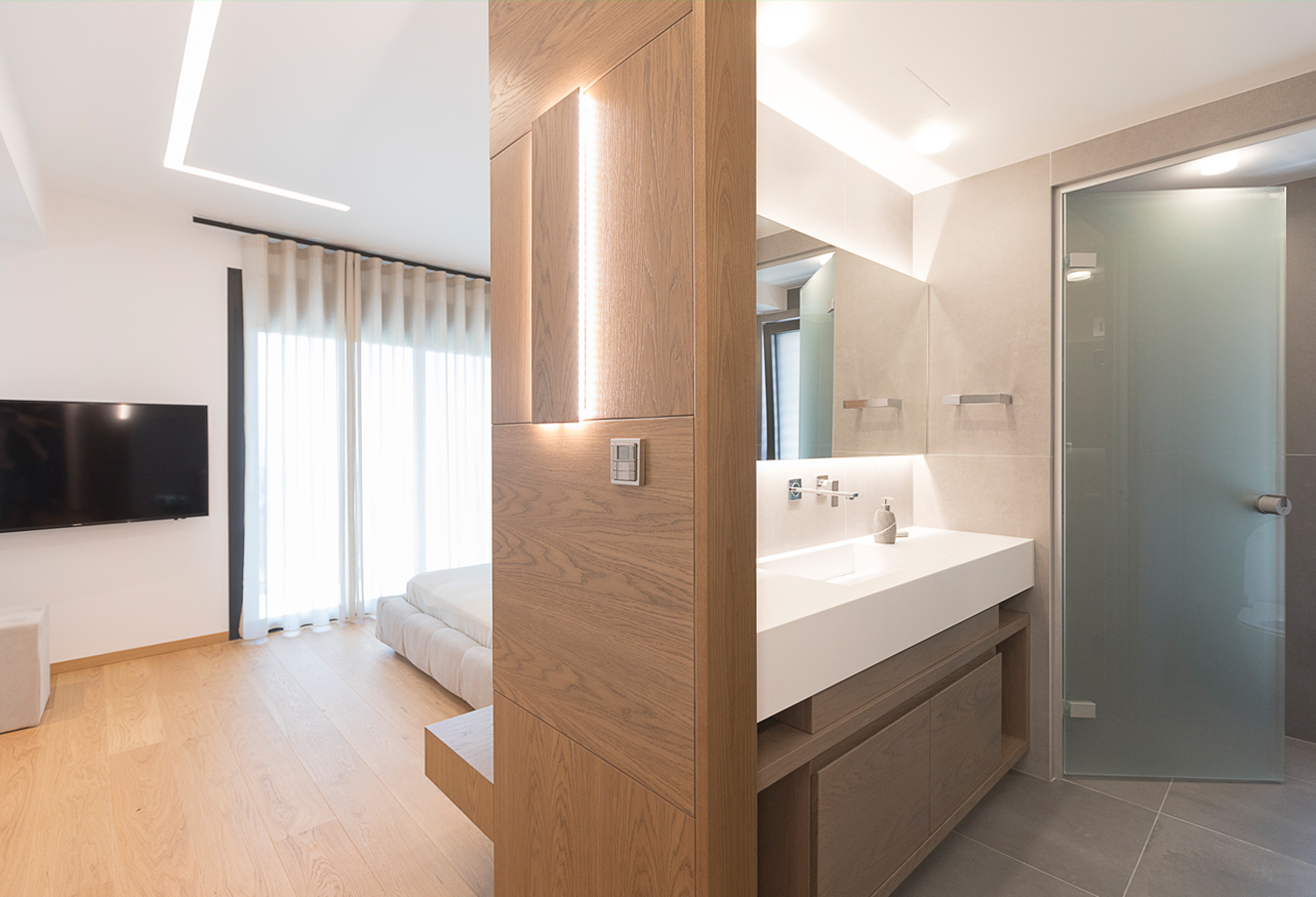 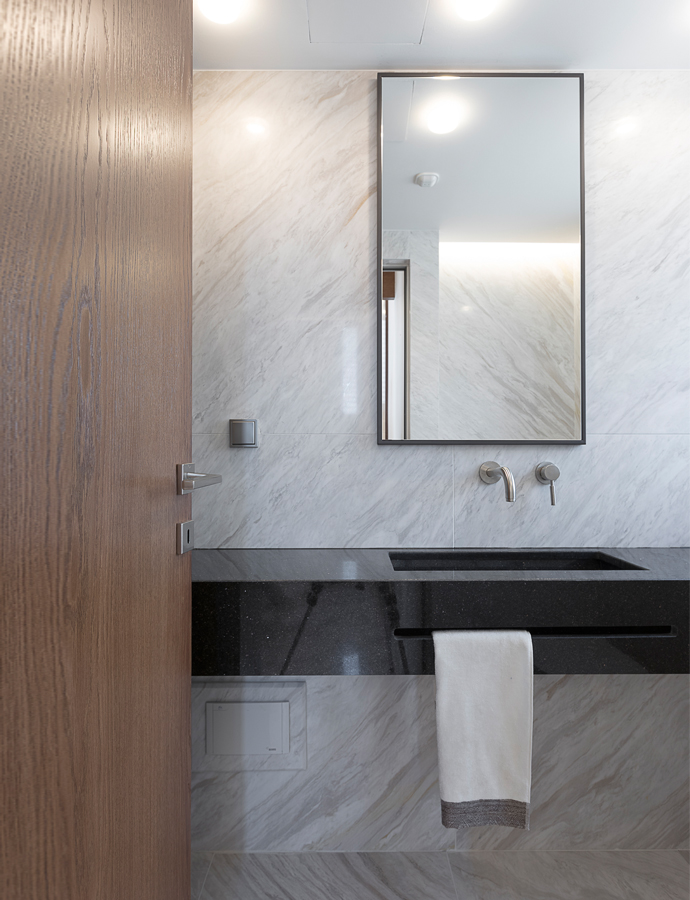 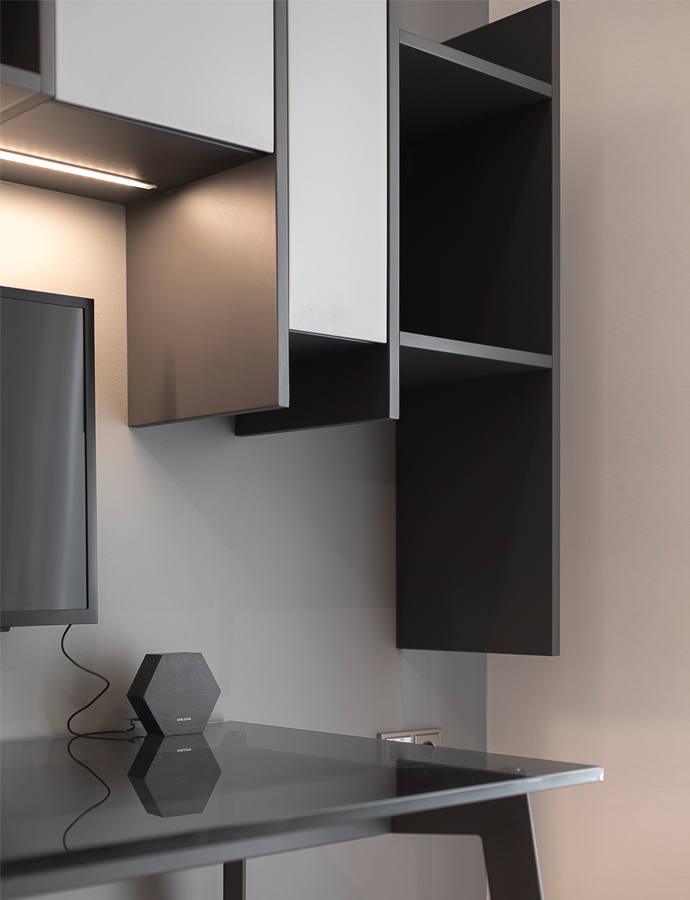 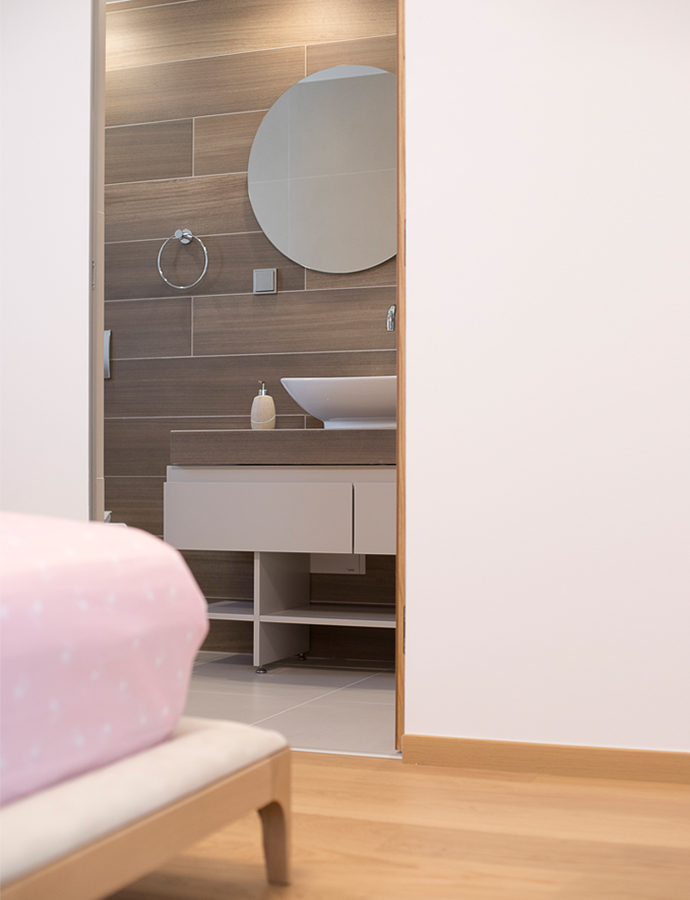 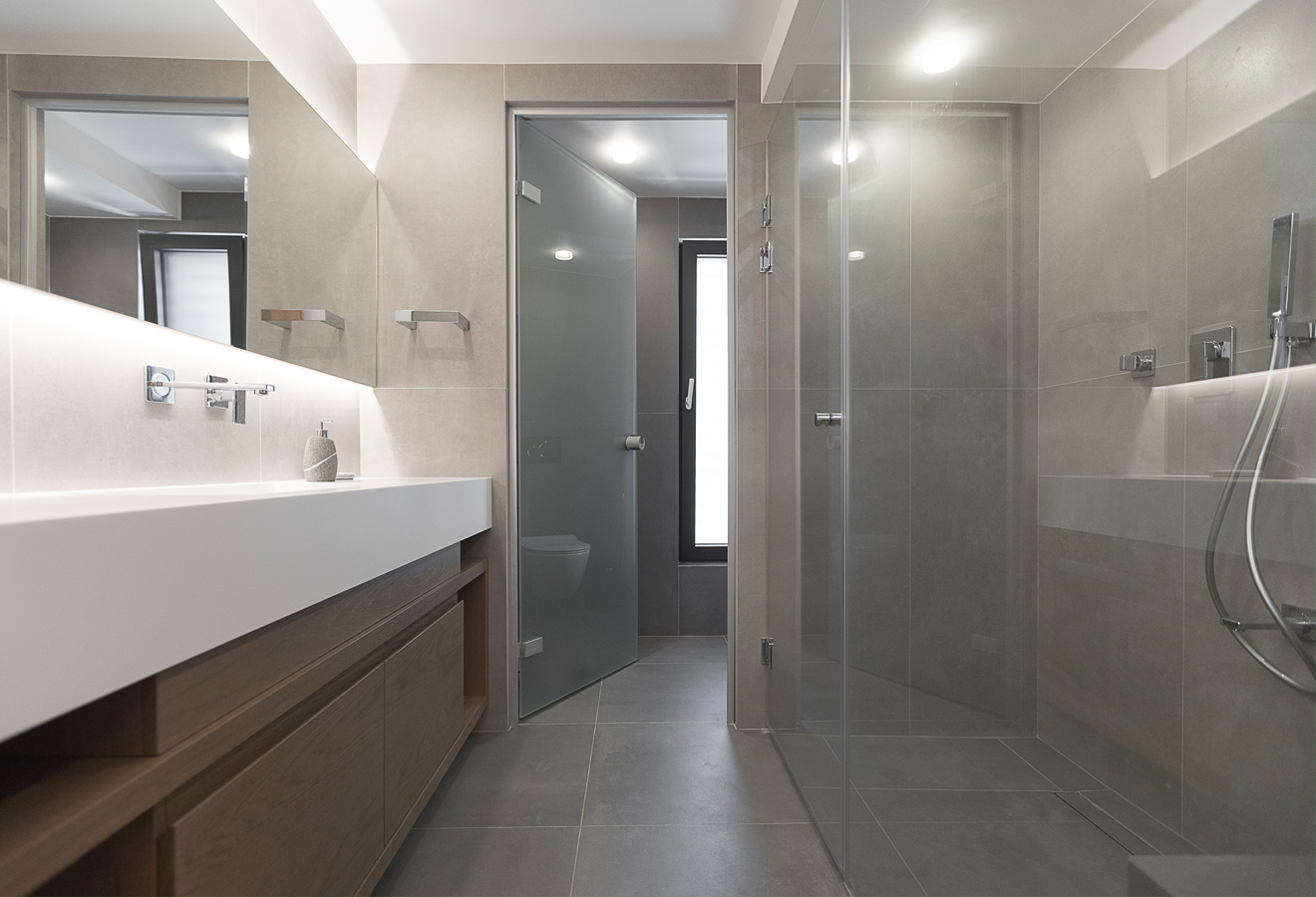 The building is a three storey residence in panorama, Thessaloniki, comprised of a ground floor and two floors above. The building was originally designed and built in 1980. On the outside of the original building polygonal balconies hung, which were a distinct characteristic of the architecture norm of the time. This was of course distributed with many more morphological elements such as the typical roof and the rustic window frames.

The completed building as it stands today, is redesigned in a simpler manner, it has taken on a more ortho-regular form, with the outer “void and solid” contrast making up the grid of the main design concept. This contrast also directs the movement flow and is in agreement with the same contrast (of solids and voids) as they are found on the inner part of the building. The view to Thermaikos bay is emphasized because of the natural slope of the area, this also helps the house have enough sunlight throughout the building, giving an almost monastic cinematic effect as the sunlight shines through the vertical windows and skylights.

Earthy tones and warm grey colors were chosen to paint the outer walls of the house in order to match the brown tones of the surrounding nature as well as that of the aluminum frames. The house has two bay-windows (erker in Dutch) which were painted with the ironic oxidation method, as to reference the corten textures. The rest of the elements are also chosen to have natural textures such as granite or cement blocks. The basic idea behind all of these choices was that the outer coat of the building was integrated into the natural surroundings, which consists of many olive trees and a lot of brown earth, as a rougher but natural element.

As a continuity of the materials one finds on the outside of the house, they will stumble upon white and grey tones matched with oak wood and ajax marble on the inside. In the bedrooms the tones and the materials sweeten; oak floors are placed under walls painted in calmer tones of white and grey with less contrast, providing the residents with a peaceful atmosphere.